Written on 14 February 2021. Posted in Grafics/Design/CAD. 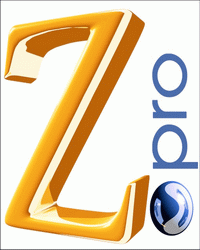 form•Z pro is a powerful 3D design application featuring a variety of modeling personalities and tools with an easy to use interface to express and communicate your imagination. It is based on advanced 3D solid and surface modeling methods that maintain accurate representations as you progress from design to visualization, layout, animation and fabrication. form•Z pro includes all of the features found in form•Z Jr plus many advanced modeling tools, STEP and IGES translators, animation, layout, network rendering and interface customization. form•Z pro 8 is the latest version that introduces subdivision modeling as yet another modeling personality that enables the quick design and exploration of organic forms that originate from basic shapes. These forms are easily manipulated using a suite of subdivision tools that empower this new personality.

Feature List:
• Accurate robust internal representation of data including 3D solids, surfaces, trimmed surfaces, NURBS and parametric representations.
• ACIS modeling engine provides advanced smooth modeling capabilities and reliable internal data representation.
• Interactive drawing tools that allow for the direct creation of any shape including lines, splines, NURBS curves, arcs, circles ellipses, and polygons
• Interactive 3D primitive creation (Cone, Cylinder, Sphere, Torus).
• Advanced 3D primitives. Interactively create Paraboloid, Hyperboloids and Hyperbolic Paraboloids.
• Sculpting tools use realtime Booleans to interactively Reshape (push/pull), Offset Segment, Offset Outline, Imprint
• Deformations alter the shape of an object with the Bend, Bulge, Taper or Twist methods while keeping them a solid accurate object.
• Advanced Deformations include Bend Along Path and 3D Morph operations.
• The Billboard tool enables the quick placement of an image as a texture in 3d.
• Basic Rounding allows for the rounding or beveling an edge of an object.
• Advanced Rounding and Blending give much more control over rounding operations and offers blending between faces of objects (fillets).
• The Cap tool constructs surfaces across opening in a model. The Cover and Uncover tools convert a wire object to a surface or vise versa.
• Lofting tools include ruled, guided, path and branched lofting.
• The Derivative tools allow for the construction of an extrusion, convergence or a wall object from (all or a part of) an existing object.
• Advanced Derivative tools include point clouds, derivative from parts of objects. The frame tool derives a structure such as a truss or space frame from the edges of an object.
• Unfold enables a model to be unfolded (flattened) with tabs and labels for fabrication and easy assembly. The projection tool flattens an object onto a plane.
• Revolve is used to derive a revolved or lathed object from a profile (source shape) and an axis.
• Helix and Sweep are powerful modeling operations that derive a new shape from the volume that a source object creates as it follows a path.
• Advanced Sweep tools (Two Source Sweep, Two Path Sweep, Boundary Sweep, Draft Sweep) offer more flexibility and power the sweep capabilities.
• Offset Surface makes a new surface parallel to the original surface. Thicken (shelling) converts a surface into a solid of a desired thickness.
• Skinning is a powerful method to create surface or solid objects from a set of source shapes and a set of paths. There are tools for Smooth Skin, Meshed Skin, and Cross Skin.
• Booleans allow for the creation of new forms through the Union, Intersection, or Difference of 3D solid objects.The Split, Slice, Line of intersection offer similar capabilities for surfaces.
• Stitching enables the joining of surfaces and the creation of solids for a closed set of surfaces.
• The Section tools allow for the creation of 2D and 3D sections of models.