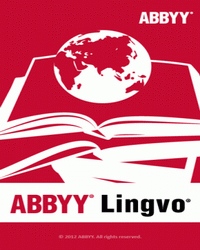 New transparent interface
Get meanings of words in seconds via the new interface. The window with entries now has its own search bar, which works just like that one of popular search engines: it offers autocompletion suggestions when you misspell a word.

- Install the application, but don't start it.

- Merge the provided batch file as Administrator to block the online licensing check.

- Copy/replace all files from crack folder into program directory.