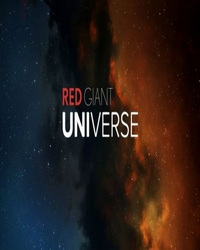 TRANSITIONS AND EFFECTS
Build fast, unique transitions with little or no work. Add glows and other effects that give you better results and more shortcuts, options and control than anything in your host app.

At the end of the installation, click the blue Activate button in the lower left corner, and the Red Giant Application Manager will pop up.
Click Cancel, no login required, then click the upper right corner, select Enter Serial Number, and enter the included serial number to complete the activation.