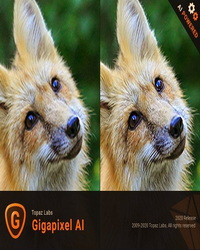 Added to Hosts file: (it's actually topazlabs.com it contacts to verify ownership)