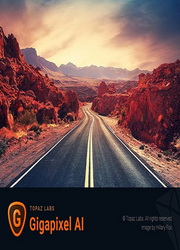 Learn
Those photos were then used to create a sophisticated neural network that gradually learned the best way to enlarge, enhance, and create natural details.