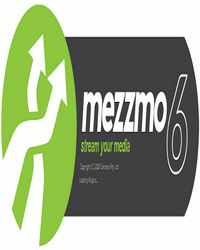 Mezzmo is the ultimate media server for streaming movies, music and photos to your UPnP and DLNA devices. No other Windows-based media server provides as many digital media sharing features and is as easy-to-use as Mezzmo. Install Mezzmo onto your PC today and start streaming music, movies and photos to your UPnP and DLNA-enabled devices in your home.

Mezzmo's media server allows you to stream all your music, movies and photos from your computer to your TV, home theater, games consoles and digital media appliances. Try Mezzmo today and take your home entertainment to the next level!

Mezzmo can transcode audio, video, image and subtitle files on-the-fly so that they can be played on your UPnP and DLNA-enabled devices. No extra codec packs or extra downloads are necessary. Transcoding can be very CPU and memory intensive, so Mezzmo's multi-threaded transcoding has been optimized for both 64-bit and 32-bit processing depending on your operating system.

Mezzmo transcodes all your media files so they work with your devices
Mezzmo can also pre-transcode your files before you stream them to your devices. Perfect for fixing stuttering issues when you have an underpowered computer that cannot transcode on-the-fly fast enough. Perfect for fixing FF/REW/pause issues when you have UPnP or DLNA devices that do not provide full play features for transcoding files. Perfect for mobile devices that only support MP4-based file formats which cannot be transcoded and streamed in real-time

Beauty, before applying the patch, enter your registration information: name, serial number (any), the key (any)
back to top